The fact is that "standard" CCTV cameras are not designed to capture number plates most are designed for general monitoring and observation of a wide area and can't accurately capture moving objects very well. One of the biggest mistakes people make when designing a system is expecting one kind of camera to do everything.

Results vary when capturing details from vehicles and it is only partly to do with the manufacturer, resolution, mega-pixel or cost of the camera and is more to do with the setup and expectations of the system.

Of coarse a poor quality camera won't perform as well as a higher grade model but it is not always an indicator of performance in regards to motion blur. Many high-end models can suffer from motion blur if not set up correctly. 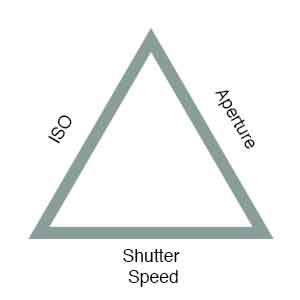 So How Can My CCTV Record Number Plates?

Now we have a handle of some of the jargon and terminology we can explain how all this relates to being able to identify that car that threw rubbish into your garden at one in the morning.

To achieve bright sharp and clear images with CCTV we need to be able to let enough light into the camera sensor to produce these images reliably. Failure to do this results in dark and grainy images. It can also affect the ability of the camera to focus correctly.

You guessed it, the image noise increases, you could, in theory, increase the aperture but most CCTV doesn't have an aperture adjustment. They have a fixed aperture, as having an adjustable aperture would make them prohibitively expensive.

In this circumstance you can make an adjustment to the shutter speed and find a balance between the picture having enough light going on to the sensor to facilitate an acceptable image of the general area but have a fast enough shutter speed to reduce motion blur.

This of coarse can be a compromise so having the correct cameras from the get-go can pay dividends.

Select the Right CCTV Camera for the Job

Understanding the purpose of the CCTV system is essential in selecting the correct camera.

There are CCTV cameras available with bigger apertures, these can negate some of the issues with cheaper cameras. A good example of a camera that is more suited to capturing a moving vehicle is the Hikvision Darkfighter range of CCTV hardware.

Still, there will be an issue with capturing plates reliably when the vehicle is moving as physics doesn't allow us to escape the exposure triangle, planning is essential.

These specialist cameras are known as ANPR and are coupled with a suitable NVR or "network video recorder" that can decipher the text or digits on the plate and log them as an exportable file.

Very often we couple the ANPR camera with a regular CCTV camera which is known as an "overview" camera that allows you to capture colour images and identify other important details that the ANPR camera cannot.

Not only can the system log number plates it can perform actions based on number plate reads like send an alarm or open a gate for example. More information on these cameras can be found on our ANPR & vehicular detection page.

How the Environment Affects Image Quality

It is important to highlight how critical light is for any CCTV system or any other type of camera for that matter. A well-lit area will provide far superior images compared to a poorly light area. Improving the available light should be the first step to reduce motion blur from any system.

Cameras that are subject to a lot of environmental pollution can also get dirty very quickly so ongoing maintenance like cleaning will also help.

Other factors that affect the cameras performance with moving objects can include:

To gather reliable images from a system that can identify number plates, the appropriate cameras need to be selected and they need to be set up correctly.

There are dedicated systems designed purely for capturing car registration plates. What you should be aiming for with a system depends on the needs of the property or area where the cameras are being deployed.